My name is Yiğit Elvis İlgü and I am one of the millions of MANOWAR fans. I studied making plucked music instruments and am also working as a tour guide in Berlin. I love history, art and I’m a proud member of the ever-growing Army Of Immortals! What a privilege it is when the Kings Of Metal ask a fan to write something about himself.

My MANOWAR story started when I was just 13 years old. I was going through some CDs in a secondhand shop and after seeing the killer artwork of the “Kings Of Metal” album I had to buy it. I remember coming home, putting the CD into my discman, holding the booklet in my hands to follow the lyrics and the first song “Wheels Of Fire” basically took my breath away! (Well, the speed made it kind of impossible to follow the lyrics:)) This was nothing I could compare with any other heavy music I knew before! I listened to the second song, “Kings Of Metal” and it was so clear: this was my band! When the marathon was finished with “The Blood Of The Kings” I guess I was already a die-hard fan. And I had to get all the other albums asap! Today I’m 35 and still collecting everything about MANOWAR and searching for new items.

I got my first tattoo, Sign Of The Hammer, when I was 15 and many people around me said it was a mistake, that this was just a teen ambition and I wouldn’t like this music in some years anyways. Well, I never cared what others said, those people were wrong, and they were too weakhearted to build their own way of life … and now they must be complaining every day about their boring lives.

My biggest dream when I was a teenager was to attend one single MANOWAR concert. I’m from Istanbul and in the 90s we thought it was very unlikely that the Kings would ever play in Turkey. Luckily, I moved to Berlin almost 20 years ago and since then I’ve seen 60 MANOWAR shows in 20 different countries. Besides the Earthshaker Festival/Fan convention, my first show was a very special one. I was 17 and it was gonna be only an autograph-day of the band in a music store in Hamburg. But a small stage was built there and the surprise was that the band was going to play some songs! I got to the store early in the day and it was no one but Scott Columbus himself setting up his drum kit! I remember myself running towards him and he just started to laugh, calmed me down and told me there was no need of running.

That day I got to see three live songs, meet the band and I could give Joey my fan-letter signed with my own blood! The way MANOWAR had done it when they signed the contract for the “Into Glory Ride” album. This was how they wanted to show the world that they were dead serious in their dedication and that they were unstoppable! And I had to show my dedication the same way. Don’t try this at home! 🙂

One of the special moments of being a Manowarrior is when I’m on the street or in the public transport wearing my MANOWAR t-shirt as usual and some random person shouts „Hail and Kill“ at me or just does the Manowar sign. Then we know we talk the same language! That reminds me that what we share is more than the music, but also a way of life. I truly doubt that any other band could create the brotherhood and the passion for true metal like MANOWAR does. Going to a MANOWAR show is not only celebrating the best band on earth and having a great time but also having a huge family meeting, catching up with old friends from all over the world and meeting new brothers and sisters. Other than making lifelong friends, the greatest thing was meeting my wonderful wife at a MANOWAR show.

Thank you MANOWAR for the most glorious music on earth and for always being there for me. Without your music I wouldn’t be the person I am today. And happy 40th anniversary! See you on the tour, because I will be there! 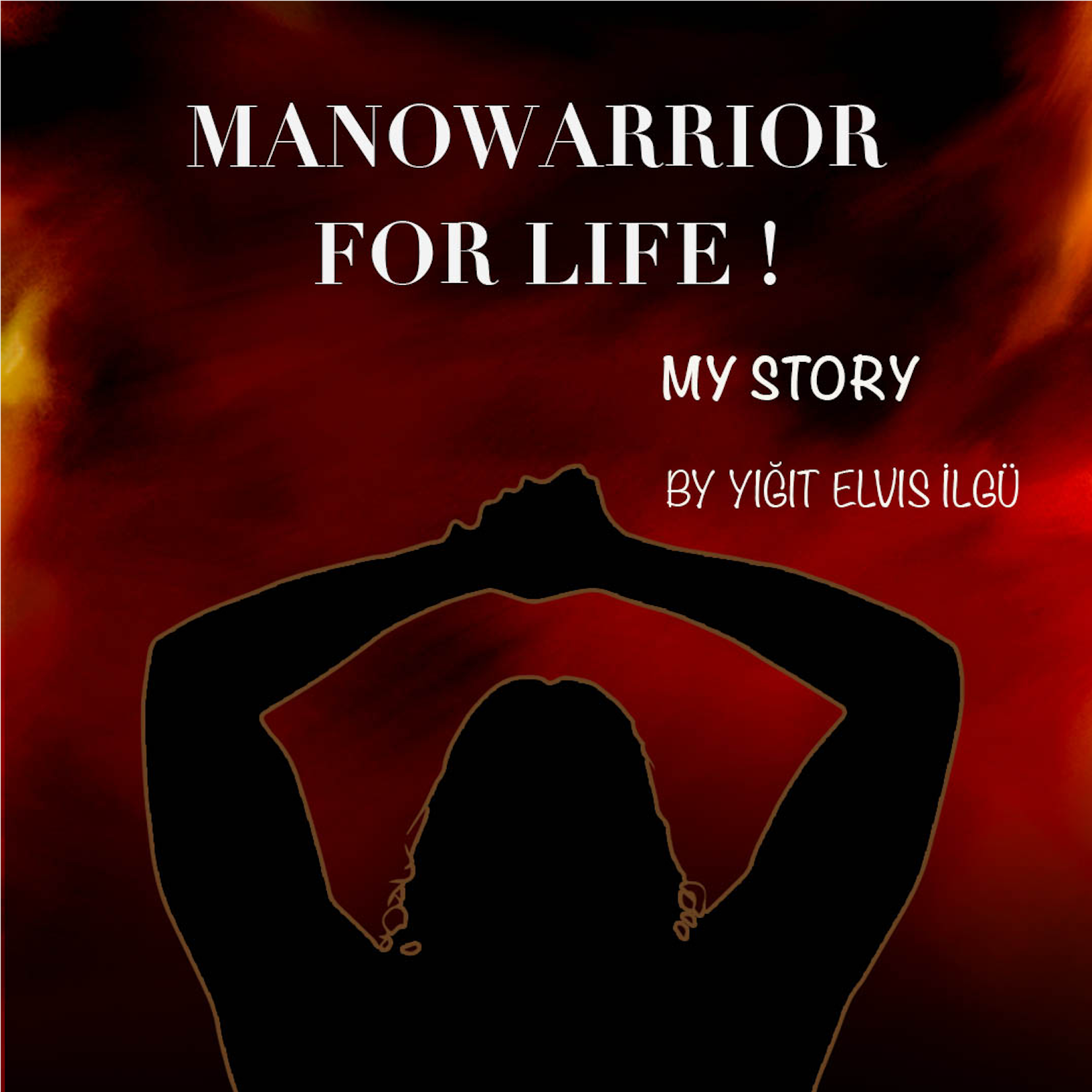 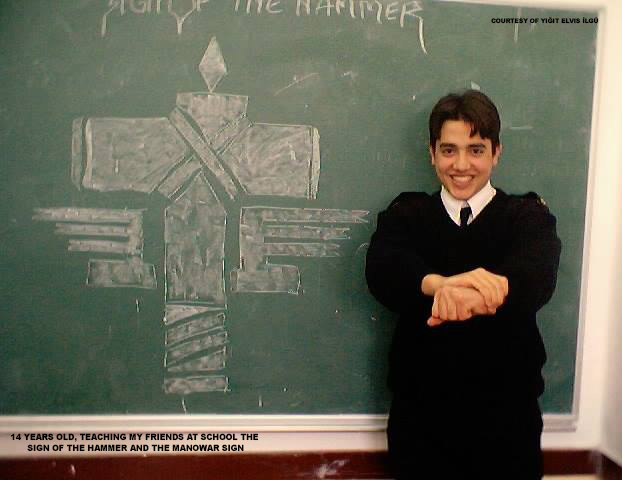 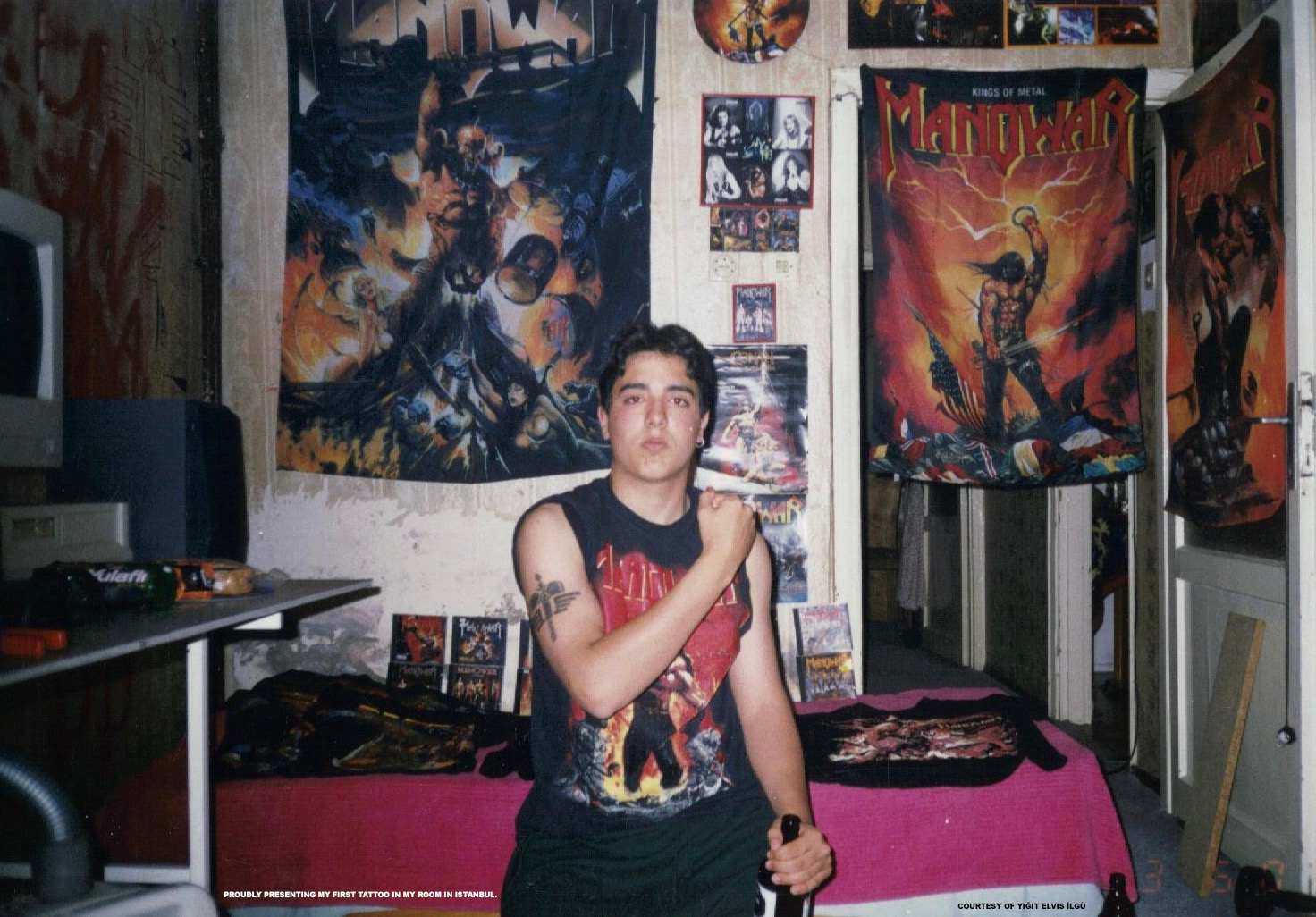 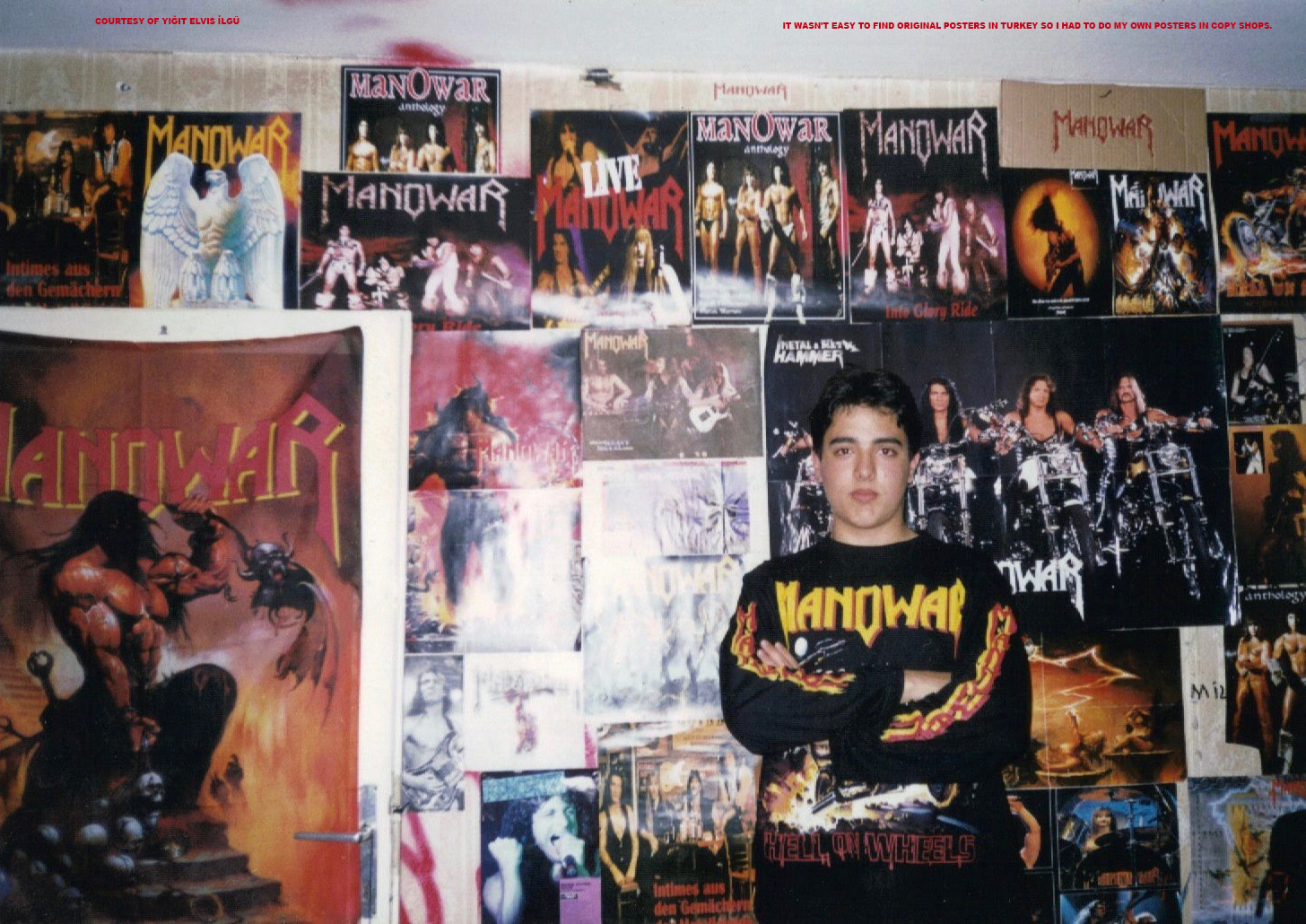 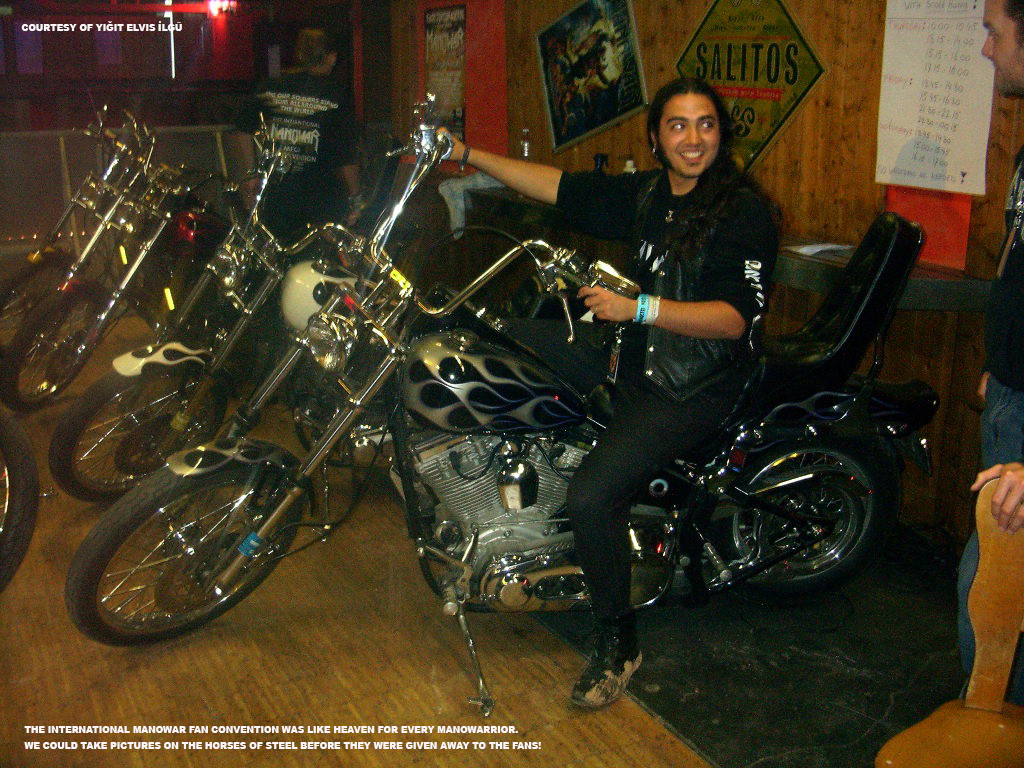 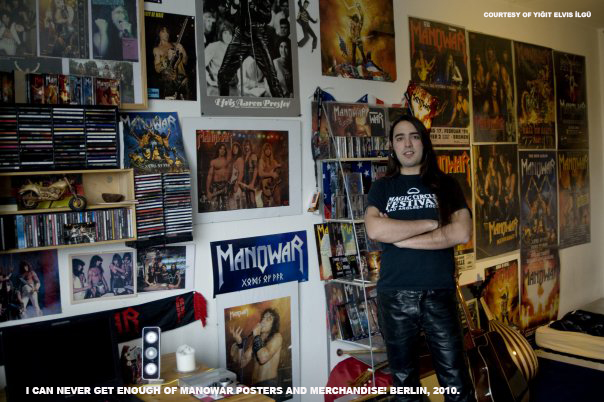 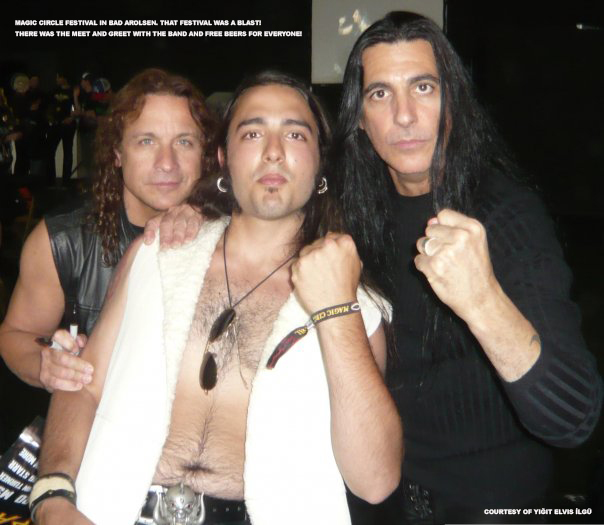 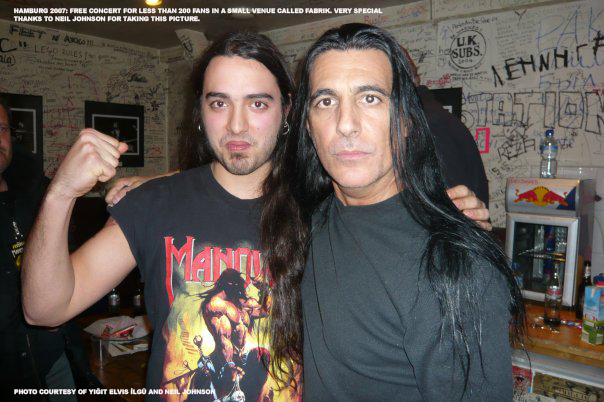 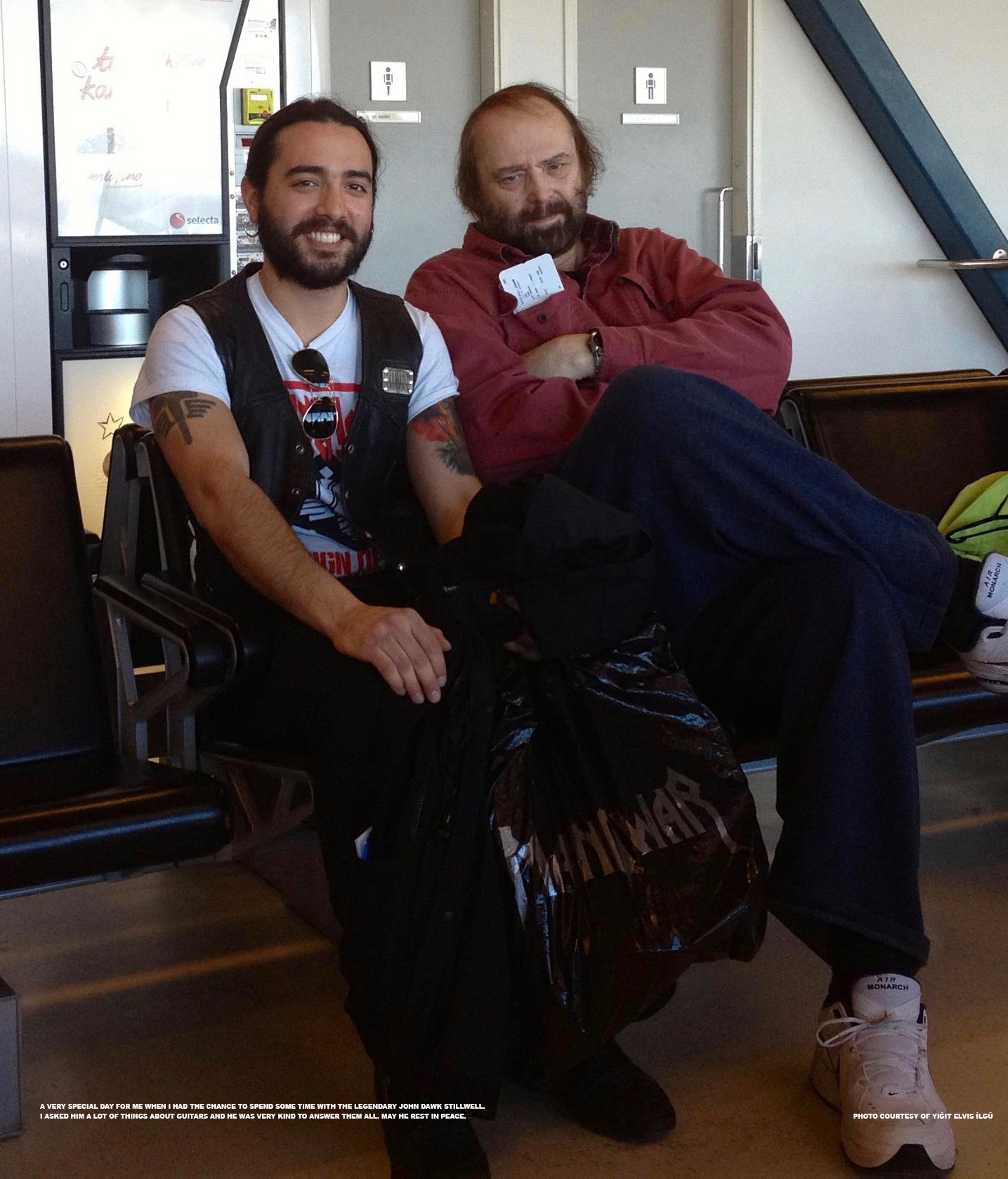 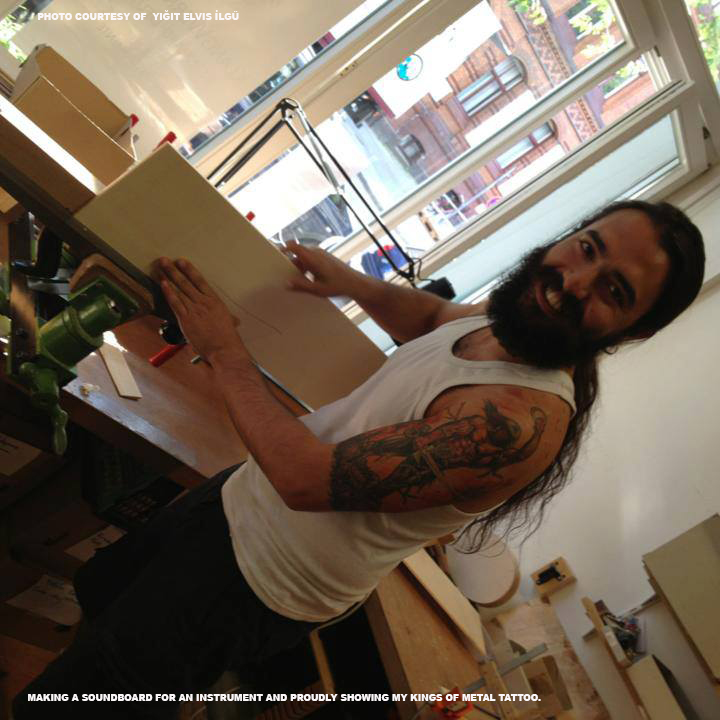 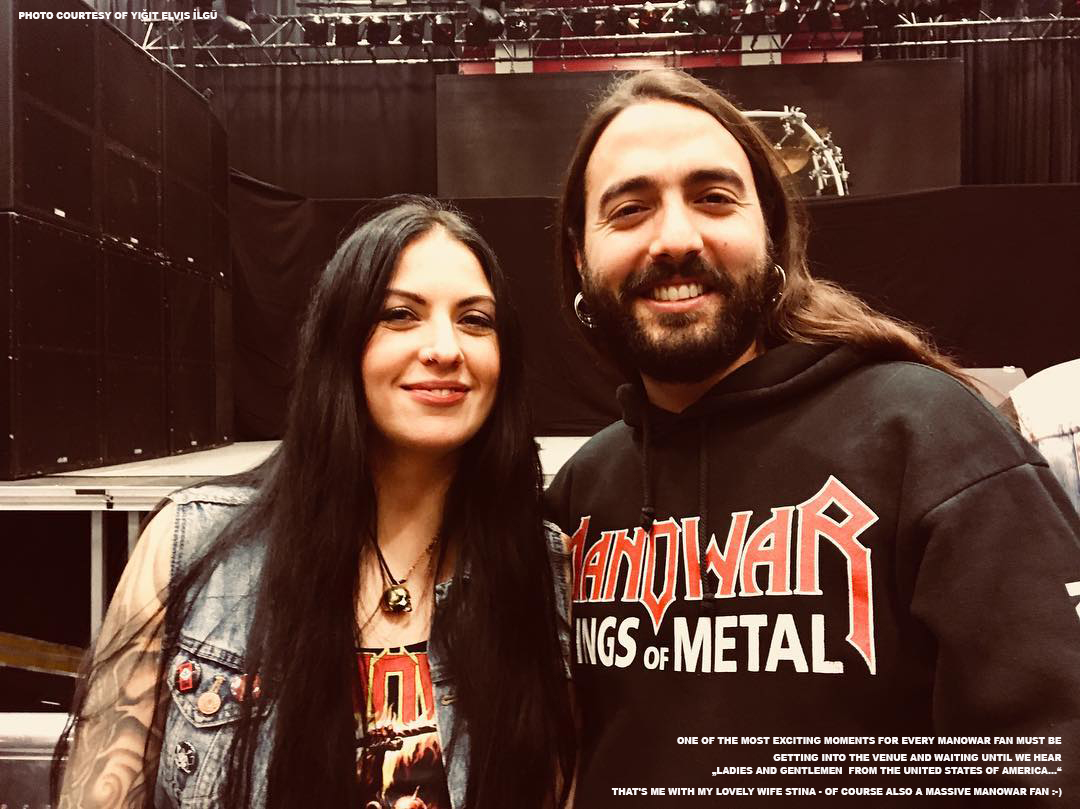